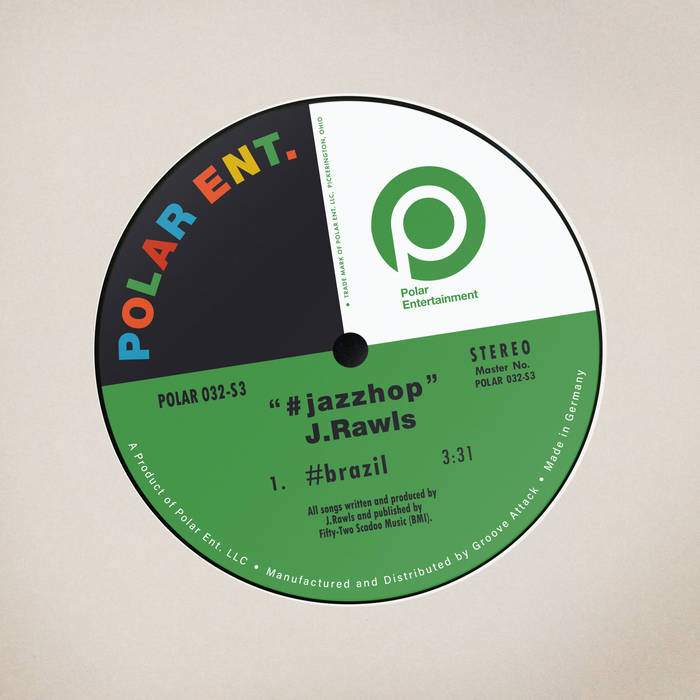 #brazil is Rawls’ tribute to the country and musical culture that he is most fond of. If you know Rawls, or are familiar with his sound, he loves to take you on that journey of feel good music. He is branching out into the DANCEFLOOR sound and that is where he takes us for his latest offering. is a lush, jazzy instrumental track in which Rawls uses horns and thick boom-bap drums to take you on a musical journey to the underground hip-hop from the late 90’s and early 2000’s. In the video, Rawls takes you on a trip with him to BRAZIL with his own personal home movies on trips touring the beautiful country with the likes of Kamau, Marechal, Kall Do Vale and his brother J Live …

The album, #jazzhop is a hip-hop/jazz infused opus dedicated to the style of music that has characterized his career. Rawls goes back to the roots of his early years producing in the 90’s-2000 underground/independent hip-hop explosion. Rawls jazzy production could be found from underground acts like J-Live and Unspoken Heard to All Natural and Dose One. According to Rawls, “I did this album because I have had so requests for music from that underground hip-hop era. This record was an ode to a simpler time in music for me. It took me back to a time when making music was just for fun.”